Learning to soar on the current of change

No animal loves a storm more than an eagle. Unlike other birds, eagles get wildly excited as they sense a change in the movement of the wind and spot the formation of clouds on the horizon. They know: a storm is coming. Without an ounce of fear, eagles fly into the storm with courage and zest, leveraging the wind gusts to lift above the clouds, enabling them to rest their wings as they soar higher to search for prey.

For humans, ‘time’ is change, but never is that more the case than in today’s age of disruption How to thrive in an age of disruption. Trying to stop change is to attempt to stop the passing of time. If we know that change is inevitable, why are so many of us resistant to it? Fear. Fear of the unknown, fear that we will be overwhelmed by it. If there is one skill today’s leader must master, it is to help people become comfortable and confident with change.

The big question is: HOW? When viewed under a positive, utopian lens, change is powerful and embracing; it drives innovation, productivity and catapults your business to success. However, we all know it’s harder than it sounds. Leadership in times of change is more important than ever, with research showing time and time again that effective leadership is essential to successful change. What are the elements that leaders need to consider to lead boldly in today’s times of change?

Trust is more critical than ever

The responsibility of CEOs is continuing to broaden in these times of change. In this age of fake news and misuse of personal data, trust has become a precious, and indeed scarce commodity, with employees increasingly expecting their workplaces and management to align with their own values and ethics. Communities are demanding a more personal approach from leaders with a greater expectation for CEOs to be the voice and face of their company publicly to communicate about actions and decisions.

Edelman’s 2019 Global Trust Barometer found that 71% of employees believe it is critically important for their CEO to respond to challenging times spanning industry issues, political events, national crises and employee-driven issues. 76% want CEOs to take the lead on change instead of waiting for government to impose it – an increase compared to 2018. 75% of survey respondents even reported a more trusted relationship with their workplace compared to NGOs, business, government or media.

All of this creates an environment where leaders are not only expected but will greatly benefit from rioritizing communication that builds trust, particularly given that employees who do report trust in their leaders are far more likely to support the organisation and remain engaged, loyal and committed.

In times of crises or change, you simply cannot over-communicate. Gallup’s recent leadership research report found that trust is the most fundamental aspect of any relationship between a leader and his or her followers, and that frank, honest conversation reinforces trust as well as compassion, stability and hope.

Not knowing answers to all of the exam questions is ok. Nobody knows everything and admitting that you don’t is not a failure. Authenticity and having the transparency and courage to offer to find accurate answers elsewhere is critical. As the research suggests: “It’s less important that leaders have all the answers than that they openly share what information they do have. Such conversations build trust and help team members share their own challenges and concerns, giving managers the chance to address and, in many cases, dispel them.”

Visible leadership is important; while we’re virtually connected more than ever before, physical one to one relationships are still important and knowing which leader you can go to in a time of crisis is important.

The more things change, the more they stay the same

When there is trust, there is a sense of stability about the fundamental values of the organisation that provides a stronghold against uncertainties and volatility. Although the environment might change, how an organisation responds to such changes should always be based on unchangeable values.

You don’t compromise on character during change. You don’t break your own rules or integrity. That should be non-negotiable. As a Harvard Business Review article suggests: “Reflecting on a personal value helps us rise above the immediate threat, and makes us realise that our personal identity can’t be compromised by one challenging situation.”

Although changes within may abound, it is imperative to keep the external environment in sharp focus, like an eagle’s powerful vision. With a clearer, broader view of the big picture, we need to be able to identify new opportunities, look ahead and be prepared for what’s in store for the future – just like the mind of a fox, as described by Clem Sunter. A fox’s ingenuity lies in the fact that it assumes that most events are beyond its control and often unpredictable.They don’t fight change; they adapt to it speedily and successfully, and use it to their advantage.

“Leaders must be able to build organisations that are agile and can routinely innovate. People don’t want to follow a leader to the future – that is yesterday’s model. They want to co-create it,” says Harvard professor Linda Hill.

Change is inevitable and constant – and we have to embrace it, welcome it, and be enlightened by it for us to thrive. If we stick together, we will not be overwhelmed. We need to conquer fear, learn to think like a fox and soar above the storm like an eagle. As Winston Churchill said: “To improve is to change; to be perfect is to change often.”

Finally, as you tackle change and lead it, it’s worth reflecting on the words of Rudyard Kipling at the beginning of his poem “If”:

“If you can keep your head when all about you
are losing theirs and blaming it on you,
if you can trust yourself when all men doubt you,
but make allowance for their doubting too …”

You must have the courage of your convictions to lead the change, but also the empathy with those you lead in order to take them on the journey, understanding their concerns and leading them where they need to go, and being able to explain why rather than letting them take the ‘easy’ path.
Easier said than done.

Aurecon’s award-winning blog, Just Imagine provides a glimpse into the future for curious readers, exploring ideas that are probable, possible and for the imagination. This post originally appeared on Aurecon’s Just Imagine blog. Get access to the latest blog posts as soon as they are published by subscribing to the blog.

This glimpse of the future was crafted by: William Cox.

This article was first published Aurecon’s Just Imagine blog. Just Imagine provides a glimpse into the future for curious readers, exploring ideas that are probable, possible and for the imagination. Subscribe here to get access to the latest blog posts as soon as they are published.

In times of plain sailing, leadership can seem like the ideal job. Fun, easy…
More 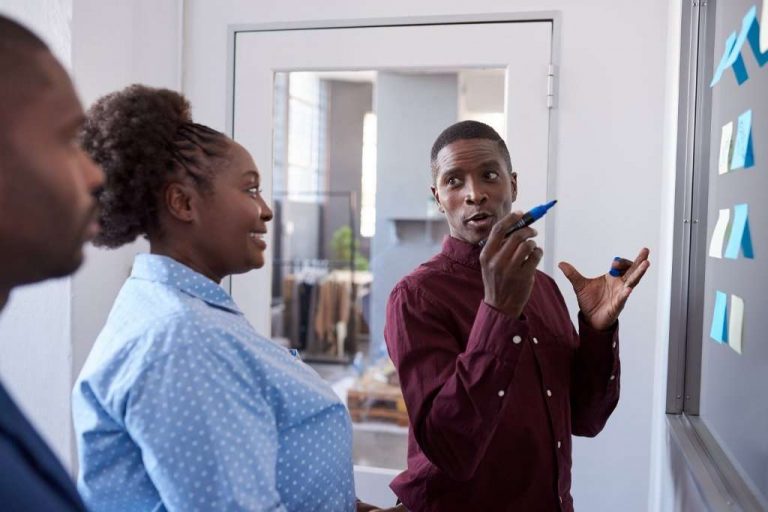 Focus on the personal development of your people