Tips for dealing with candidate rejection

Post Views: 3
Candidate rejection is a challenge for those who are seeking a new job. Usually, they are already in a state of disengagement in their current role and are looking for hope somewhere else.

Candidate rejection is a challenge for those who are seeking a new job. Usually, they are already in a state of disengagement in their current role and are looking for hope somewhere else. Today’s hiring process can involve multiple interviews and discussions which increases candidates’ stress levels while also elevating their hopes. But employers need to make smart hiring decisions – a wrong hire can be expensive and result in 30 per cent or more of that hire’s first year’s probable earnings.

So how do you move forward and stay positive if you didn’t get the position?

Below are tips to help job seekers deal with rejection:

Companies make decisions on the basis of many factors. They may have really liked you, but you may not have had the experience, a certain technical skill, or the right style to fill a role. It’s quite possible it really is them and not you.

Do a reality check

As candidates sell themselves to a company, sometimes they start to over sell themselves on how great a role is. Identify factors that were likely not to be a good fit, including parts of the job you wouldn’t have enjoyed or elements of the culture that would have been annoying. Ask yourself if you were really a good fit for the roles and responsibilities of the position.

As with anyone who misses out on your talents and abilities, it’s best to realise that they are the ones who lose out. Nobody likes this excuse, but companies make bad hiring decisions all the time. It’s quite possible they made a mistake, and maybe that says something about the company in the first place.

While not all companies will respond to candidates they reject, they are often willing to share a little feedback with candidates who came close to getting the job. Follow-up with your key contacts, thank them, and let them know how much a role like this is something that you would like in the future. Then ask for feedback.

Stay on their radar

Just because you were rejected from a specific role, doesn’t mean they didn’t think you were impressive. After all, only one person can be hired for one role. Stay in touch with the recruiter or hiring manager. Don’t do so in a needy way, but rather touch base from time to time just to stay connected. If something else comes up, this will help you stay top of mind.

As with staying on their radar, nobody likes a poor loser. So in defeat, stay positive and friendly. Thank everyone for their time, and offer to help in the future if there is ever an opportunity. Some of the best jobs come from referrals so even if they didn’t hire you, they may know someone who is looking for someone similar to you.

Use the negative energy of rejection to renew your job search. Retake a look at your resume, start networking aggressively, and work on scheduling more interviews.

Find the positives in your current world

So you have been rejected and may have to return back to an unfavorable work scenario. It’s wise to accept that another “close call” may take some time, and it is best to come in and do your best in your current role. Something great will come along, just stay positive and patient.

Sourced from The Predictive Index.

Responsibility of government, business and citizens to improve education

Capture the power of mentorship 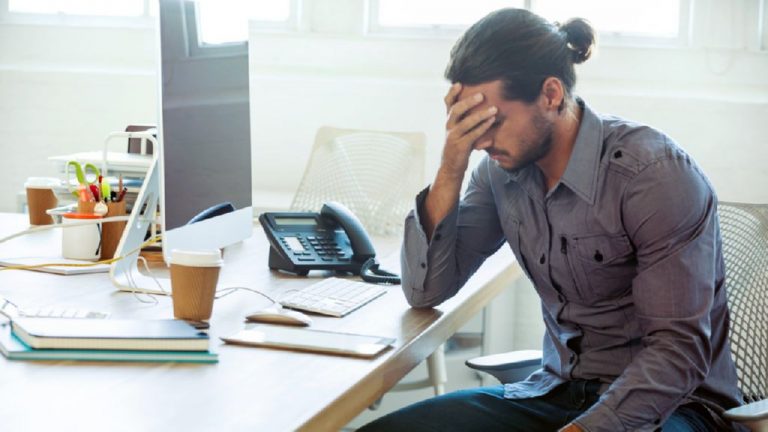